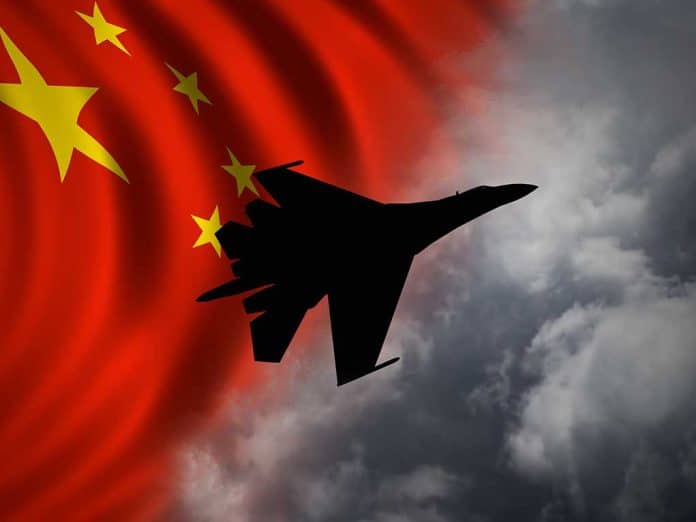 (ConservativeInsider.org) – For months, China has been threatening to invade Taiwan, declaring that the island is its sovereign territory. However, the democratically-elected government of Taiwan has steadily been pushing back. The latest Chinese violation against Taiwan was a series of warplanes encroaching on the island’s Air Defense Identification Zone (ADIZ), to which Taiwan responded with drills of its own.

For three days, Taiwan’s military performed exercises as a show of strength to push back against Chinese aggression. On Wednesday, January 5, the island’s air force performed a simulated war scenario, displaying the military readiness to defend itself should China invade or continue its “gray zone” warfare.

The flights took off from a base in Chiayi, a southern city in Taiwan housing F-16 jets from the US, which are commonly used against Chinese warplanes. While Taiwan is clear about its strength in the face of Chinese threats, the nation’s President Tsai Ing-wen recently told China a military conflict is not the answer to their issues. Unsurprisingly, China simply responded that they would bring “profound catastrophe” if Taiwan crossed a line.

During this tumultuous time, Taiwan has found a new friendship with Lithuania. In November, Taiwan opened an embassy in the eastern European nation, while Lithuania sent its own delegation of lawmakers to the island territory, showing its support of Taiwanese independence. This act clearly angered China, and the communist country began blocking trade with Lithuanian businesses. However, Taiwanese people jumped on this opportunity to help out a new friend.

According to reports, Lithuanians living in Taiwan are being applauded and celebrated as the people thank the country for their friendship. Demand for Lithuanian products, like rum and chocolate, skyrocketed on the island. Some taxi drivers are even giving free rides to Lithuanians. In a similar vein, the two nations have given each other coronavirus vaccines and monetary donations to show their mutual support.

As the United States supports both Lithuania and Taiwan in their resistance to China, the tension between America and China continues to grow. DJ Peterson, a political risk analyst and president of Longview Global Advisors, emphasized that this tense relationship will be the “top risk” for Asia this year. He cited Biden’s National Defense Authorization Act (NDAA) as an additional factor that’s eroding trust.

Looking ahead, the February Winter Olympics in Beijing will hopefully be a good assessment of where China stands on the global stage as it hosts hundreds of nations from around the world.