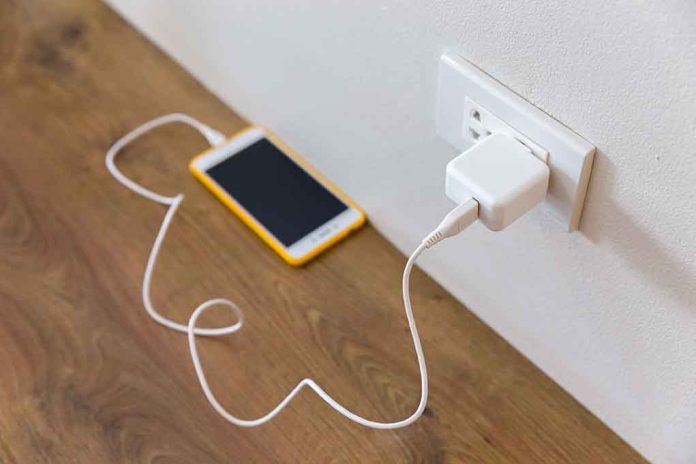 This New Rule Change Would Make Your Phone Charger Useless!

(ConservativeInsider.org) – Charging cords have changed dramatically over the years, from large, clunky wires to slim and sleek ones. Companies like Apple have even created their own unique cord to use across most of their devices. However, the European Union (EU) is now moving towards having all small and medium electronics use the same type of charging cord in order to cut down on e-waste.

On Wednesday, June 8, the EU announced it came to a provisional agreement on a revised Radio Equipment Device directive. The major change centers around electronic items like phones, tablets, earbuds, cameras, and handheld video games, all using a USB Type-C port to charge. Laptops will eventually have to comply with this new rule, too.

By making this cord universal, the EU wants to make products “more sustainable, to reduce electronic waste, and make consumers’ lives easier.” While this agreement occurred this week, Parliament and Council will have to approve the measure in the fall to make it official. If passed, it will go into effect 2 years later, likely in August or September 2024.

Sorry, @Apple Legislators in the EU have selected one charging port to rule them all. And that charging port is USB-C. https://t.co/nVzhh4xC6M

Apple has been against this move for years, as company officials told Reuters last year that such regulation “stifles innovation rather than encouraging it.” But, with this announcement, the tech giant will now have to switch millions of phones over from their proprietary charger to the universal USB Type-C in the coming years.