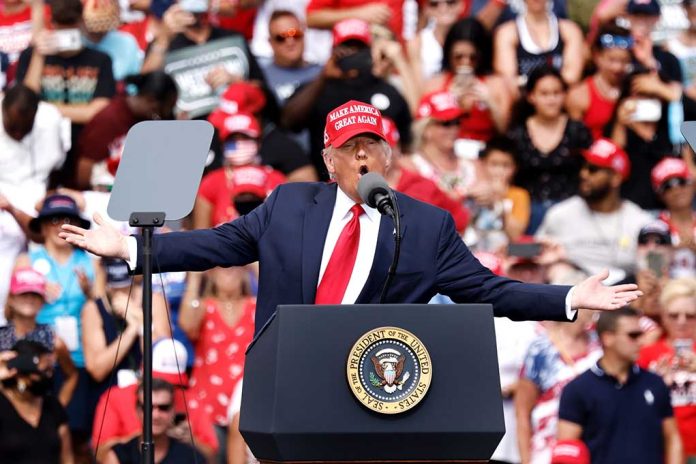 (ConservativeInsider.org) – In 2019, high school science teacher Eric Dodge donned a Make America Great Again (MAGA) hat while attending two days of teacher training in Washington state. He could not have predicted just how big a ruckus this would cause. After years of litigation, a court finally ruled that his decision to wear a MAGA hat to the in-house training is protected by the First Amendment.

On the first day of teacher education in 2019, when Dodge wore his MAGA hat, Wy’East Middle School Principal Caroline Garrett told him he should use “better judgment” with his wardrobe choices. According to court documents, when he brought the hat in the following day, she called him a “racist” and a “homophobe.” Then, she told Dodge to bring a union representative to their next meeting, which could easily be construed as a threat against his employment.

Soon after, Dodge sued Garrett and the school for violating his First Amendment rights. According to the Epoch Times, in May 2021, US District Judge Thomas Robart said the school and principal were protected by qualified immunity and that Dodge was insubordinate and created “disharmony” in the school.

However, a circuit court disagreed with Judge Robart’s full ruling, eventually leading the case to the US Ninth Circuit Court of Appeals. On December 29, it ruled that Dodge’s wearing of the MAGA hat does fall under free speech, highlighting he did not wear it in front of students and was, therefore, a private citizen, not a government representative, at the time.

An appeals judge ruled in favor of a former teacher in Vancouver, Washington who wore a Make America Great Again hat to school. Court Documents show the teacher never wore the hat in front of students. https://t.co/eveuzvb8rw #MAGA

US Circuit Judge Danielle Forrest wrote in the majority opinion how it is “par for the course” that some people will disagree with Dodge’s MAGA hat, but that does not overpower the educator’s right to free speech. With this ruling, these judges secured free speech for yet another American during a time it seems to constantly be under attack.