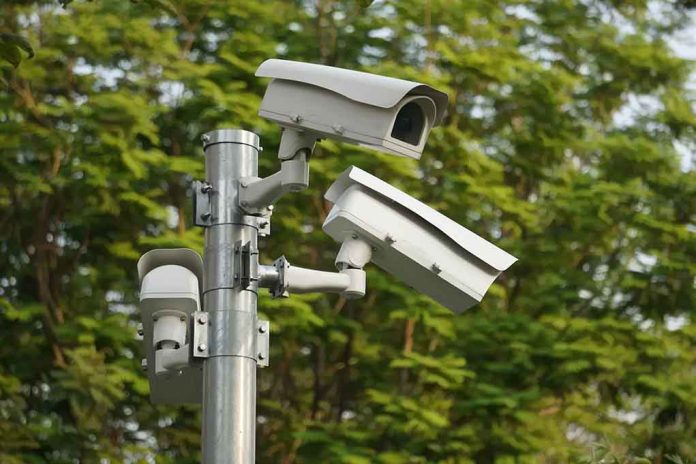 (ConservativeInsider.org) – Congresswoman Marjorie Taylor Greene (R-GA) is known for being vocal about her political beliefs, including those on gun rights and family values. With this, it did not surprise many people when she put up a poster outside her DC office detailing her stance that there are only two genders. However, it did upset a few people, one of whom began placing various religious stickers on the poster. Now, that Democrat aide has resigned from his current position.

From January to mid-March, Tim Hysom, the aide to freshman Congressman Jake Auchincloss (D-MA), allegedly pasted various large stickers onto the poster outside of Greene’s office. Some stickers quoted Bible verses about Pharisees and hypocrites while others had phrases with similar themes, according to the affidavit to support an arrest warrant and accompanying surveilance footage.

While this legal battle is playing out, Hysom chose to switch congressional offices. Auchincloss confirmed his top aide was leaving, but did not state where he was going to or who would replace him.

Confirmed that Rep. Auchincloss' chief of staff Tim Hysom has left his office to go to another office.
Auchincloss says in statement: "I appreciate Tim’s service in my office and wish him all the best in his new endeavor." pic.twitter.com/Capmw2k0n7

As of now, the US attorney in DC will not prosecute Hysom for the vandalism of Greene’s poster, which apparently cost her $350 as she replaced the poster every time a sticker was placed on it. Now, Greene has posted information on the arrest warrant affidavit as well as images from the security footage to highlight Hysom’s activity.