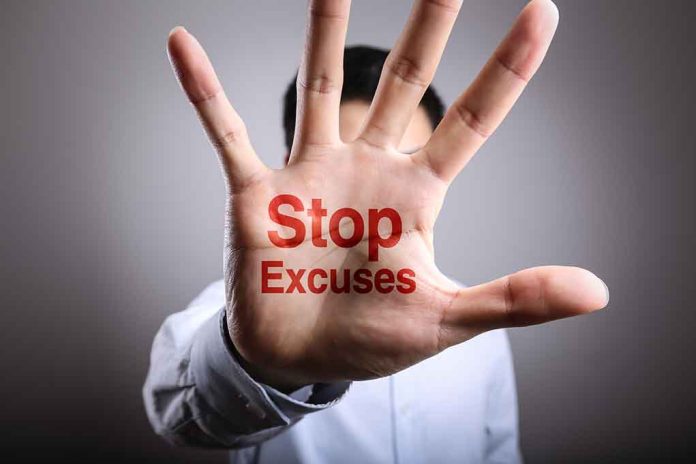 Democrats Already Have an Excuse for Election Defeats

(ConservativeInsider.org) – The midterm elections are a week away, and experts predict the Democratic Party is going to lose control of the House and possibly the Senate in a Red wave. As Election Day draws nearer, Liberals across the country are looking for a scapegoat, and oftentimes, they are pointing to voters as the reason.

The Washington Free Beacon recently published an article that gave examples of pre-election excuses coming from the Left. Jennifer Rubin, a columnist for The Washington Post, is quoted as saying Americans “get the government [they] deserve,” as she paraphrases Thomas Jefferson. She went on to say voters will pick many conservative candidates if they “want ignorant, unhinged, and unserious leaders.”

MSNBC’s Joy Reid claimed on Twitter that “Americans will choose literal fascism, female serfdom, climate collapse” and other harmful policies because they believe gas prices will go down if Conservatives investigate Hunter Biden.

It’s terrifying how many Americans will choose literal fascism, female serfdom, climate collapse and the reversal of everything from Social Security & Medicare to student loan relief bc they think giving Republicans the power to investigate Hunter Biden will bring down gas prices

Eugene Robinson, another columnist from The Washington Post, stated the midterms were the most important of his life. He went on to say the choice is between democracy and a destructive form of populism.

None of the Liberals who commented about the election mentioned the anti-police policies, soaring inflation, increased medical costs, or any of the other problems Americans are dealing with. Why do you think Democrats might lose seats in the primary?