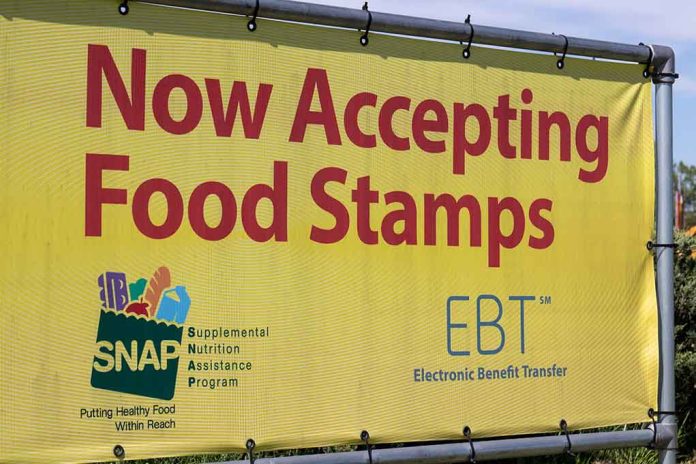 Feds Backtrack On These Handouts To Immigrants

(ConservativeInsider.org) – Former President Donald Trump campaigned heavily on immigration reform. He promised to beef up and enforce existing laws, reduce the burden of immigration on everyday Americans, and, of course, complete a magnificent southern border wall. Trump’s policies mirrored his promises. In 2019, he instituted a rule that banned many legal immigrants from being admitted to the US if they were at a high risk of becoming a “public charge” on the welfare rolls. On September 8, President Joe Biden’s administration officially reversed that policy.

For decades, federal agencies used a specific set of rules to determine if a non-citizen may be a burden on society. If the Department of Homeland Security (DHS) found a prospective immigrant would require cash payments from the government, they immediately denied the application. The need for other programs, such as housing, medical, and food assistance, wasn’t a consideration in most cases. Trump believed the need for any kind of assistance qualified an individual or family as possibly indigent and changed the rule to exclude those people.

Without delay, the Left exploded into choruses of race-baiting talking points. Several federal judges blocked the move, only to have their orders lifted by the Supreme Court (SCOTUS) pending likely appeals. After a lengthy legal battle ended up reinstating the blocks, which the Trump administration promptly appealed again, President Joe Biden took office and dropped all federal appeals, allowing his predecessor’s wishes to expire. The announcement of the new directives by DHS officially institutes a virtual rollback to the Obama administration’s guidance on the issue.

The statement asserts that programs such as Medicaid, Section 8 Housing, and the Supplemental Nutrition Assistance Program (SNAP) are available to Americans and legal resident aliens as a basic human rights issue. Only the need for cash payments through the Temporary Assistance for Needy Families (TANF) system would once again disqualify candidates for residency.

Not All Cash Matters

According to the DHS letter, requiring some cash assistance won’t necessarily disqualify an applicant. The department must consider whether the prospective new resident’s needs are temporary or permanent. Applicants submit to a wide variety of questions and background checks to determine self-sufficiency and establish a baseline for independent living as productive members of society.

The rule doesn’t extend to undocumented aliens. Those here illegally do not and have never qualified for any kind of assistance at the federal level other than essential medical care, which doctors and hospitals are required by law to provide to any human being. Some states, such as Illinois and California, offer full medical benefits to some groups of undocumented alien residents.

The DHS announcement is just one more way the Biden administration has back-tracked on Trump’s attempts to secure the future of Americans.