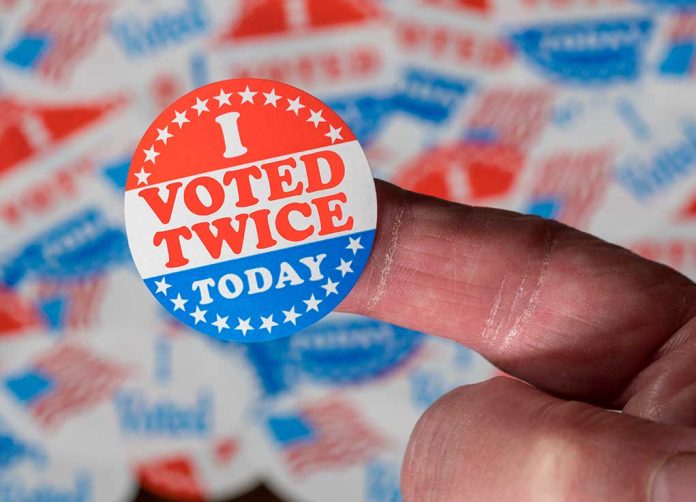 (ConservativeInsider.org) – Determining the 2020 presidential election results produced a hectic few weeks. Accusations of voter fraud abounded in several states that had trouble tabulating or proving their results. Pennsylvania, Arizona, and Georgia all came under extra scrutiny for various reasons, so many groups have been working to ensure future election integrity by understanding just what went wrong in 2020. VoterGA, a nonprofit, has some new evidence to help with this.

VoterGA is a nonprofit group made up of citizens “working to restore election integrity in Georgia.” On Monday, May 23, it announced that 102 of Georgia’s 159 counties were unable to provide surveillance videos of drop boxes from the 2022 presidential election. It turns out that 72 counties flat out admitted to destroying that election evidence that they should have kept for two years.

According to VoterGA’s totals, this means footage monitoring the submission of 181,507 ballots is missing.

Furthermore, VoterGA previously reported in November 2021 that over 70 counties in Georgia were unable to show ballot images for votes cast using the Dominion voting system. All in all, VoterGA believes election officials erased or overwrote 1.7 million images.

According to VoterGA, Georgia’s State Election Board (SEB) says that election superintendents can reuse ballot image memory cards, typically deleting the old data when overwritten. This goes directly against state and federal laws requiring images for 22 and 24 months.

Armed with this information, VoterGA wrote the SEB a letter on May 17 asking them to ensure their rules line up with state and federal election laws to cut down on confusion and fraud allegations in the future. The letter calls out the SEB for allowing such a conflict of rules in the first place.

Will Mainstream Media Acknowledge These Discrepancies?

Every time concerns of election fraud resurface, the mainstream media and Democrats are quick to call them conspiracy theories. However, there are serious concerns here despite the story the Left is telling.

If Americans are going to ensure a free and fair election, they must have confidence that votes are counted properly, and elections can be recounted if necessary. Lining up local laws and election guidelines with those of the state and federal governments is a great first step to ensuring evidence is not destroyed in the future.

It is precisely this evidence, like ballot images and dropbox surveillance videos, that will convince Americans going forward that elections are fair and officials aren’t tampering with them.