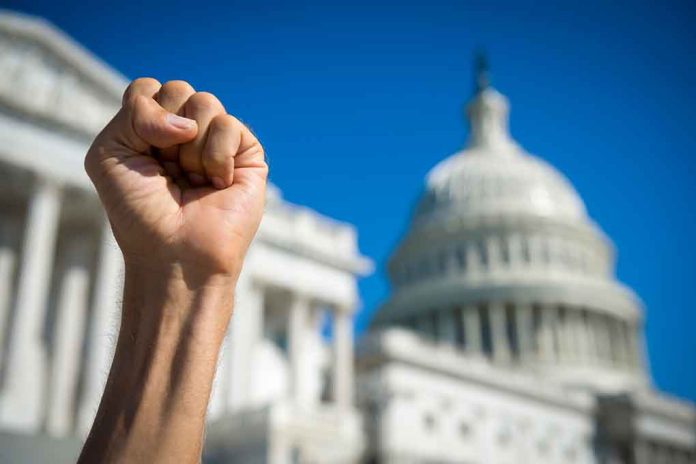 (ConservativeInsider.org) – The balance of powers that our Founding Fathers wrote into the Constitution ensures that no branch of the federal government receives — or takes — too much authority. However, that doesn’t mean US history hasn’t been without its presidential power grabs. Now, Senator Elizabeth Warren (D-MA) is urging President Joe Biden to do just that and cancel student loan debt.

On Sunday, April 24, Senator Warren spoke with CBS’ Margaret Brennan on “Face the Nation.” During their discussion, Brennan asked the Massachusetts lawmaker if she had “persuaded the White House” that it has the authority to eliminate student debt through an executive order. In reply, Warren declared that Biden does, in fact, have that authority, based on the previous president’s approved actions.

Democrat Senator Elizabeth Warren advocates for Biden to cancel student loan debt by executive fiat: "not everything has to go through Congress" pic.twitter.com/kjOAiFPIXw

Brennan understandably shared her concern that such a move would further inflate the economy, which is already struggling with too much money going after too few goods. Warren downplayed that perspective, saying the government should deal with inflation “not by making people poorer,” but by addressing supply chains and price gouging.

Canceling student debt has long been a battle cry for the Left, and it seems Senator Warren hopes Biden can still do it despite inflation and Congress not in support of such a measure. What do you think — does Biden have the authority for such a move?