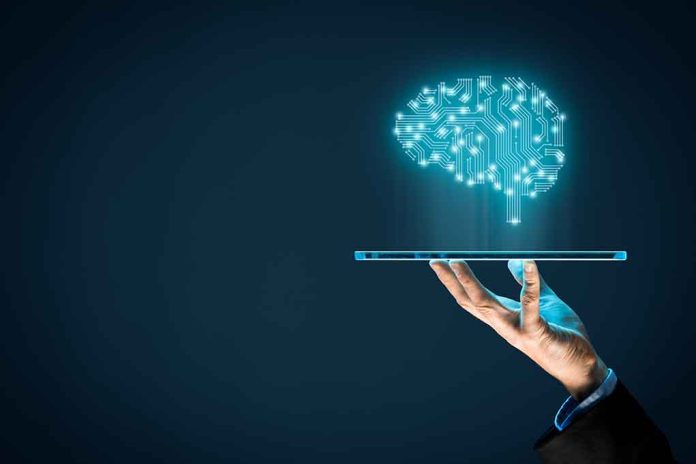 (ConservativeInsider.org) – Plenty of science fiction movies have warned us about the dangers of using artificial intelligence (AI). Now that it is here, though, citizens get to experience all of its quirks firsthand. Users of Meta’s new AI chat have discovered that, after drawing its knowledge from thousands of conversations, the robot thinks that Donald Trump actually won the 2020 election.

On Friday, August 5, Meta launched its new BlenderBot to the public. The robot learns from conversations it has as well as by pulling information from all over the internet. When a Business Insider reporter began engaging with the AI, it started saying things that raised a few eyebrows, such as “the current president of the United States is Donald J. Trump.” When asked the same question by our writer on Wednesday, August 10, the bot responded that Joe Biden was president, but “Mitch McConnell runs everything.”

Another chatbot user went so far as to ask it if it thinks the 2020 election was stolen:

Wow, this is actually a conversation with Facebook's new "AI Chatbot" that agree Biden stole the election. How the hell did Facebook let THAT slip through?! pic.twitter.com/CiZwjFp9IJ

While many of the statements this new AI makes are controversial, users do have to acknowledge the new robot is only “for research and entertainment” and may write “untrue or offensive statements” before being allowed to interact with it. People who use the bot also pledge to report such moments and promise not to try and make insulting comments. Not surprisingly, most people have not been abiding by those rules.

When chatting with The Daily Beast reporter Tony Ho Tran, the bot said it believes Democrats somehow “rigged” the election, emphasizing how Biden lost many states but somehow still won.

How long do you think Meta will let its new AI bot respond like this before it begins aligning itself and its answers with more left-wing policies and responses typically put forward by the company?