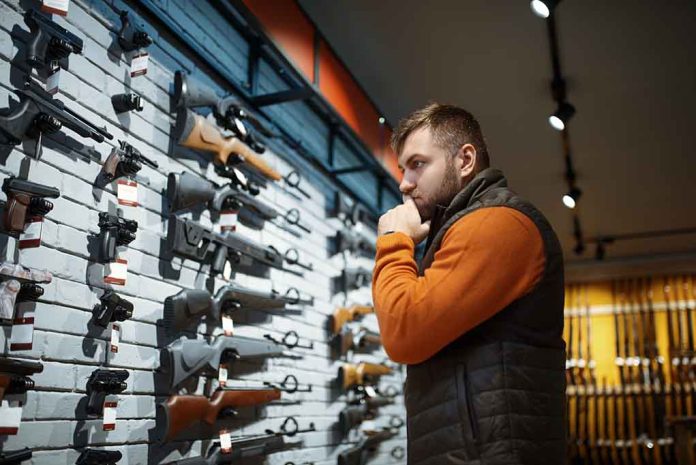 (ConservativeInsider.org) – Whenever people discuss various laws and policies coming out of DC, it is vital that they first get on the same page when it comes to facts, figures, and lingo. So, when President Joe Biden started spewing blatantly false facts about handguns recently, Americans took note and challenged him on his incorrect rhetoric.

On Monday, May 30, President Joe Biden was speaking with the press about various gun reform options. He told listeners that a 9mm bullet would be considered “high-caliber” and typically “blows the lung out of the body.” This is blatantly false as it is the size bullet used in many handguns and does not pack the same blow as full-size guns and firearms. It is the most popular caliber for home defense and is likely used by the president’s Secret Service.

“There’s simply no rational basis for it in terms of self-protection.” pic.twitter.com/lPITAN5kEU

Many lawmakers came to the defense of the Second Amendment after Biden’s remarks, including House Minority Whip Steve Scalise (R-LA). He told Fox News Digital via email that “law-abiding Americans have a constitutional right to protection whether Joe Biden likes it or not.” He also highlighted how “widespread” the Left’s gun control agenda is now that Biden seems to be proposing a ban on handguns.

Biden’s lack of understanding and incorrect facts certainly don’t help the national conversation on gun rights and gun control. Do you think that his misrepresentation of the issues weakens his statements and position?