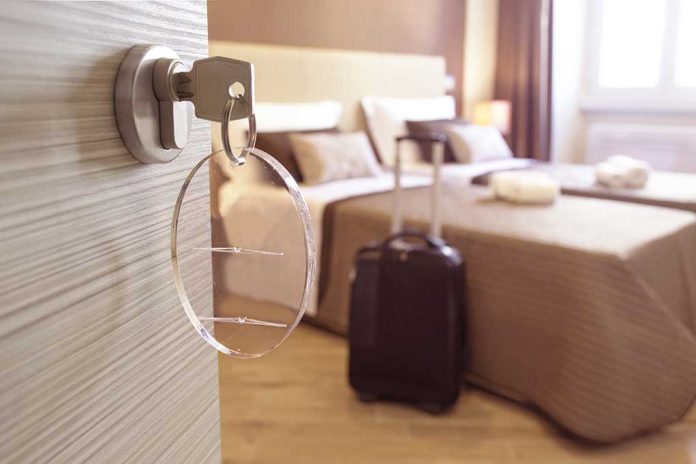 (ConservativeInsider.org) – At a time when many Americans are feeling strapped for cash, it’s critical that the federal government utilize the money it takes from its taxpayers well. However, a new report from the Department of Homeland Security’s (DHS) Inspector General just revealed that Immigration and Customs Enforcement (ICE) spent $17 million on hotel rooms last year that went mostly unused.

Families in Hotels.” Within the 31-page document, the Inspector General details how ICE gave a no-bid contract to Endeavors, a nonprofit whose board has ties to the Biden administration. The contract stated that the nonprofit would provide 1,239 beds to migrants as the ICE-run family immigrant centers were going to get overcrowded.

However, the report revealed that among the 6 hotels the contract secured, immigrants only filled up between 21% to 45% of rooms, depending on the hotel and location. From April to June 2021, ICE gave Endeavors $16.98 million for these unused beds. Fox News shares more:

The report also outlined how ICE didn’t solicit bids from other companies for this work or properly predict the number of beds needed. In addition, Endeavors failed to comply with healthcare policies and family standards established in the contract. All in all, this report showed how reckless the federal government can be when it comes to spending money our taxpayer dollars.