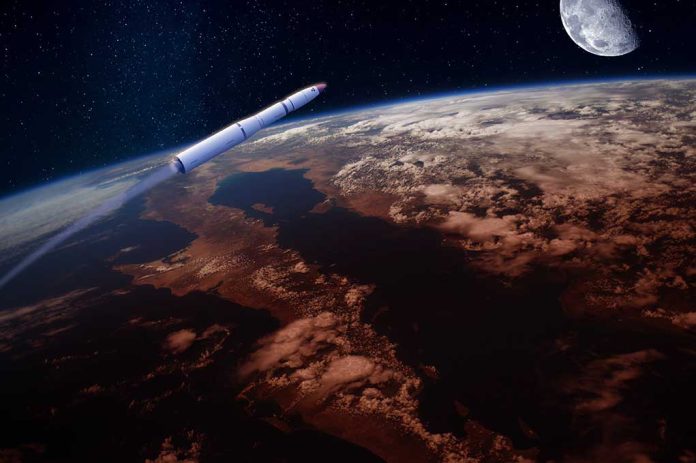 (ConservativeInsider.org) – When former President Donald Trump created the Space Force, he said he believed outer space would be the next theater of war. Democrats mocked him mercilessly for his decision. As it turns out, Trump was right, and now one former Pentagon staffer is warning America is facing a dangerous threat.

In 2021, both China and Russia tested nuclear-capable hypersonic missiles. These weapons are incredibly dangerous because they can travel at five times the speed of sound and have enough maneuverability to evade missile defense systems. In China’s testing of hypersonic ballistic missiles, one of them reportedly flew in a low space orbit, circled the globe, and released a second hypersonic object.

William Schneider, who previously served as the chair of the Pentagon’s Defense Science Board, penned an op-ed for the Financial Times about the weapons. He stressed that he didn’t think the point of hypersonic weapons was to just deliver a warhead to a target; instead, he believes they’re “part of a ‘system of systems’ designed to defeat the US’ early warning abilities.”

Schneider warned the US needs to catch up to Russia and China or risk losing its military advantage to the two nations. President Biden doesn’t want to use space as a venue for war. But, he’ll cripple America’s national security if he does nothing.