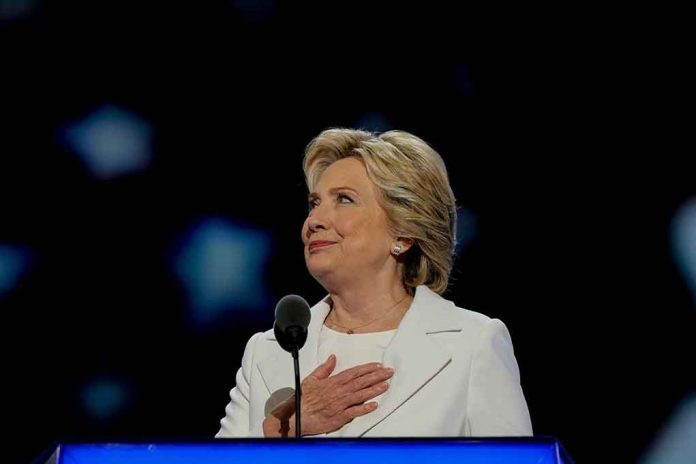 (ConservativeInsider.org) – Politicians know the media and public will criticize every move and statement they make. Yet, lawmakers find themselves sticking their foot in their mouth on social media, embarrassed by something they said time and time again. The latest case of this happened to former Secretary of State and Democratic presidential candidate Hillary Clinton when she miscounted Senate votes while accusing the GOP of diminishing the rights of Americans.

On Thursday, January 20, Clinton tweeted incorrectly that 48 Republican Senators and 2 Democrats used a filibuster to “block the right of Americans, particularly black Americans, to vote.” However, every single GOP Senator in Congress, totaling 50 in all, actually voted for the filibuster, and Joe Manchin (D-WV) and Kyrsten Sinema (D-AZ) also joined them. All in all, the final vote was 52 for the filibuster and 48 against.

One American shared a screenshot of Hillary’s now-deleted tweet:

Not only was Hillary’s math incorrect, but she also accused both the GOP and the filibuster of being racist. Yet, history shows that Democrats used the filibuster when they were the minority party over 300 times while former President Donald Trump was in office. If they become the minority in 2022, the Left will likely jump back to supporting the filibuster once again. In light of all this, it’s no wonder Clinton quickly deleted her misinformed and misleading tweet.