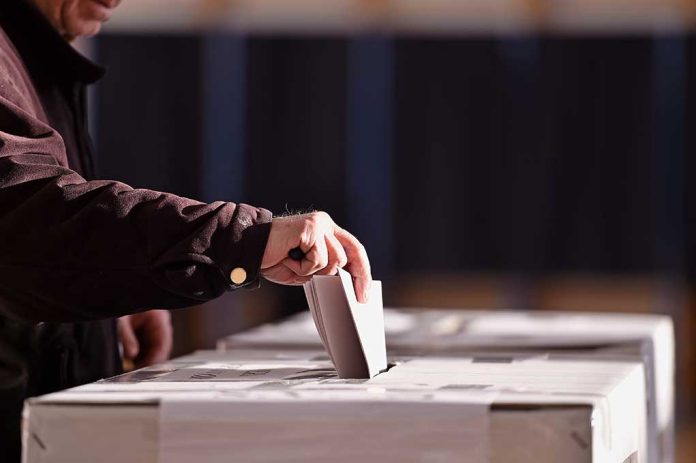 (ConservativeInsider.org) – The 2020 presidential election has forced Americans across the board to reevaluate voting rules, restrictions, and practices in their states. One such questioned election activity is “ballot trafficking,” where people collect, distribute, and turn in absentee ballots for others. Though it’s still legal in some states, it does raise concerns about where the ballots came from and if the traffickers pressured the people filling out the ballots to vote for a specific party. One conservative group found such tactics used in Wisconsin recently.

On Thursday, March 24, the election integrity organization True the Vote testified at a hearing with the Wisconsin Election Committee about ballot trafficking. The group’s founder, Catherine Engelbrecht, presented the assembly with geospatial cell phone data the group purchased leading up to the 2020 election, showing 138 people stopping by ballot drop boxes 26 or more times.

One American shared a quote from Engelbrecht as she started to testify:

The Wisconsin Elections Committee released a statement emphasizing that the data presented by True the Vote “is, alone, not evidence of a crime.”

True the Vote also found ballot harvesting in Georgia, where the group obtained video of people trafficking ballots and even taking photos of themselves doing so, likely to get paid. Hopefully, True the Vote’s findings will reveal to Americans and lawmakers just what Democrats are doing to get ahead in elections.