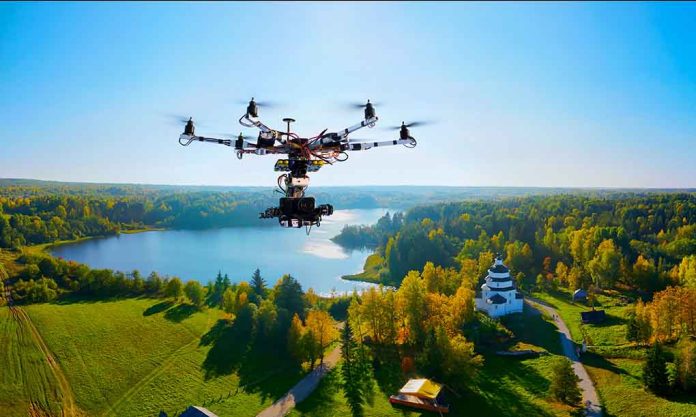 (ConservativeInsider.org) – The Constitution and its Bill of Rights guarantee many freedoms to Americans. However, as time ticks on, judges must constantly interpret the words of the founding document to see if and how they apply to new inventions, such as drones. A recent ruling by a DC Circuit Judge of the US Court of Appeals detailed that the Fourth Amendment does not apply to civilian remotely piloted aerial systems (RPAS).

On Friday, July 29, Judge Cornelia Pillard released an opinion to explain the 3-0 decision from the Court of Appeals, siding with the Federal Aviation Administration (FAA), that drone IDs do not violate the Consitution. In a case between Tyler Brennan of RaceDayQuads and the FAA, the operator had argued mandatory identification of the remote aerial systems violated his Fourth Amendment rights to “unreasonable” surveillance by the government.

However, Judge Pillard noted many private citizens and government agencies will likely use “lots” of drones in the near future, and their “use threatens air traffic, people and things on the ground, and even national security.” She emphasized using IDs, similar to vehicle license plates, is a “far cry” from the type of government surveillance overreach from which the Bill of Rights protects Americans.

The ruling upholds 2021 remote ID rules going into effect on September 16, 2022, forcing drone manufacturers to produce RPAS and other remote systems with ID capabilities. So, it looks like civilian operators need to ensure their personal drones have identification from here on out.