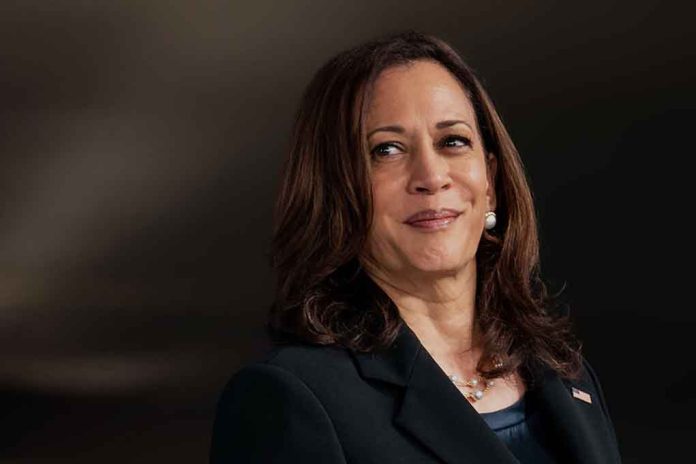 Kamala Harris Given NEW ROLE – As Tensions Heat Up!

(ConservativeInsider.org) – Vice President Kamala Harris was flying from Washington to Illinois when she heard the news that the US Supreme Court (SCOTUS) overturned the Roe v. Wade ruling on abortion. She quickly returned to the public spotlight in the days after the announcement to fight for abortion on a federal level.

On Monday, June 27, Harris spoke with CNN’s Dana Bash about the landmark SCOTUS decision. She began by highlighting she “never believed” conservative Justices Brett Kavanagh and Neil Gorsuch would protect Roe v. Wade and that the battle for abortion is “not over.”

Kamala Harris is stumped when asked why Democrats have not passed "abortion rights" — allegedly one of their top issues — despite controlling Congress and the White House:

Harris then outlined her plan to enact pro-abortion policies across the nation. She emphasized the current administration “will do everything” to make abortion medication available to all US residents, even in states where abortions are illegal. She also noted that the real way to change abortion rights again is to elect lawmakers in the coming months who support the right to abortion.

Harris also used the argument of being a parent, aunt, woman, and daughter to defend her personal stance on abortion. Many conservative commentators scoffed at the fact the progressive lawmaker finally acknowledged what a woman is in this interview — something liberals have had trouble defining lately.

It is clear Kamala Harris is going to use her legal background to try and protect abortion in blue states and push more conservative states to move in that direction as well. As with all political topics, though, the best way to make changes on local and state levels is to speak with representatives and elect ones that reflect your values and goals.