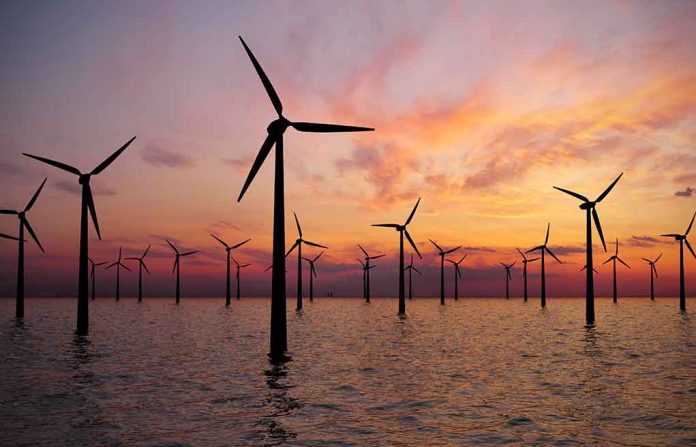 (ConservativeInsider.org) – Lawmakers all across the country are trying to figure out how to make American energy use more sustainable and cleaner. In Louisiana, the GOP legislature joined the typically progressive climate justice cause by passing the Louisiana Act No. 443, which establishes a plan to use the state’s offshore area in the Gulf of Mexico for wind energy. But, many people are wary of the new bill.

Over two months ago, Louisiana’s congress quietly passed a bill that will allow companies to lease the waters off the state’s coast for wind farms. In a unique move for a low-profit industry, the government will be allowed to demand royalties for the space usage and charge businesses for leasing the area.

State Representative Jerome “Zee” Zeringue sponsored the bill and modeled it after similar laws surrounding gas and oil leasing in and around the state. However, some people criticized this because gas and oil can be stored, moved, and sold around the world, while wind must be used as it is generated, making it trickier to use and sell than many alternatives.

Who Profits From This Bill?

The waters off the Louisiana coast have slower wind then the federal waters more than three miles away from the beaches. In addition, the state will take a cut of wind farm revenue, which could make the prospect less desirable than other places, like Texas, for building wind energy infrastructure. Many experts are questioning if this new proposal will even be profitable.

One person likely to make money off of the new leases is State Representative Joseph Orgeron (R), who helps manage 2nd Wind Marine, LLC. If this company wins a contract to harvest wind off the state’s coast, it could put money directly into his pocket. Were Louisianans told about this clear conflict of interest?

The Questionable Sustainability of Wind Turbines

Modern wind turbines only last between 15 and 25 years and need constant maintenance, including blade and gearbox replacements. These massive contraptions must be replaced frequently, creating an enormous amount of waste. On top of this, many of the minerals used in them are mined in China, where questionable practices are used to collect them.

Additionally, projects similar to these have failed in other areas, including Rhode Island’s Block Island turbines and Germany’s countryside. Neither investment provided sustainable, consistent energy when the recipients needed it the most. Is this government-led program going to benefit Louisiana residents or will they be paying the price of its failure too? Time will tell.