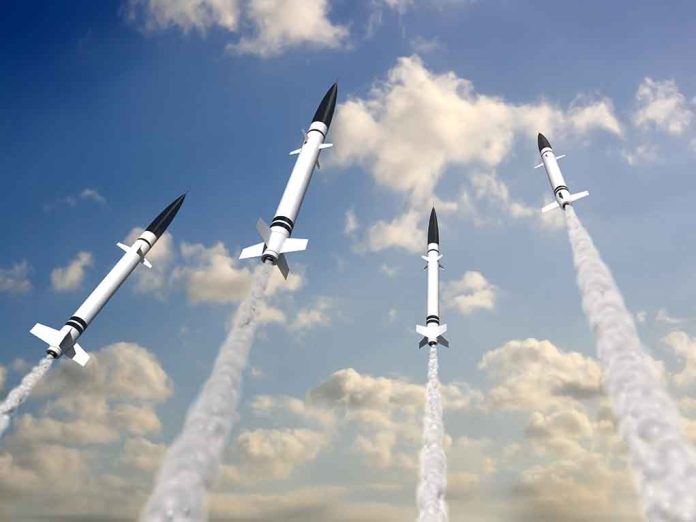 (ConservativeInsider.org) – Iran has been trying for years to develop a missile capable of putting a satellite into orbit around the Earth. In 2015, the United Nations (UN) asked the nation to stop designing and testing such ballistic missiles, as they are also capable of carrying nuclear weapons. However, the Middle Eastern country’s state media channel just announced a new missile launch, which the US government called “unhelpful and destabilizing,” according to reports.

On Saturday, November 5, the Iranian Revolutionary Guard Corps (IRGC) tested its latest rocket capable of carrying a satellite into space or nuclear warheads across the globe, although officials in Tehran say the latter is not their hope. The missile is named the Ghaem 100, and it can boost satellites up to 180 pounds to heights 300 miles above Earth.

In an emailed statement, a spokesperson for the US State Department noted the federal government “remains concerned” with Iran’s launch, saying they “pose a significant proliferation concern.”

With each missile test, Iran gets closer to finishing the technology necessary to launch nuclear weapons. As there is still no working plan to keep the aggressive regime from developing or using such destructive measures, it’s no surprise the state department warned that this is clearly not a reassuring step towards friendship or world peace.