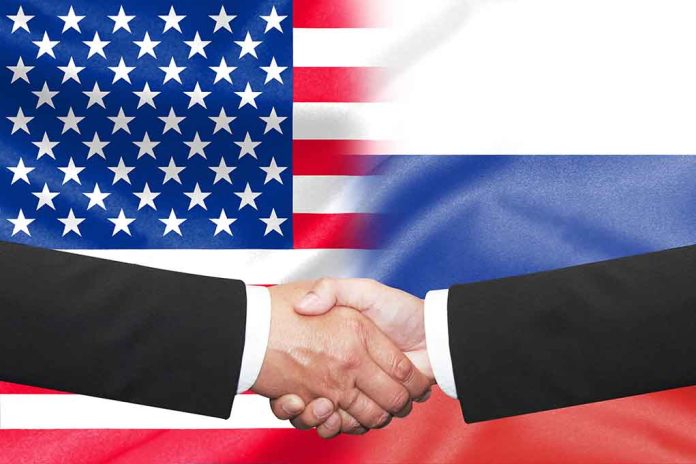 (ConservativeInsider.org) – Back in February, Russian authorities arrested WBNA star and Olympian Brittney Griner for possessing marijuana vape cartridges within the country, a crime for which she was convicted and sentenced to nine years in prison. However, the Biden administration is working on a prisoner swap involving her and another US citizen, reportedly in exchange for a notorious arms dealer.

According to the Russian news agency Tass, on Thursday, August 11, a Russian foreign deputy spokesman told reporters that his government is negotiating with the United States on terms of a potential prisoner swap. However, he emphasized that the public should not “speculate on the sensitive issue affecting specific individuals,” noting that any attempt to pressure the administration would be “futile.”

The US government initially proposed trading Russian arms dealer Viktor Bout for Griner and former Marine Paul Whelan, who was convicted of spying in Russia. However, former US ambassador to the UN Bill Richardson predicts it is more likely to be a “two-for-two” swap, although he did not speculate as to who the second prisoner held by the US would be.

President Joe Biden is clearly prioritizing bringing prisoners home he believes are wrongfully detained by the aggressive Russian government. Do you think this potential swap is the right move to make, given the circumstances?