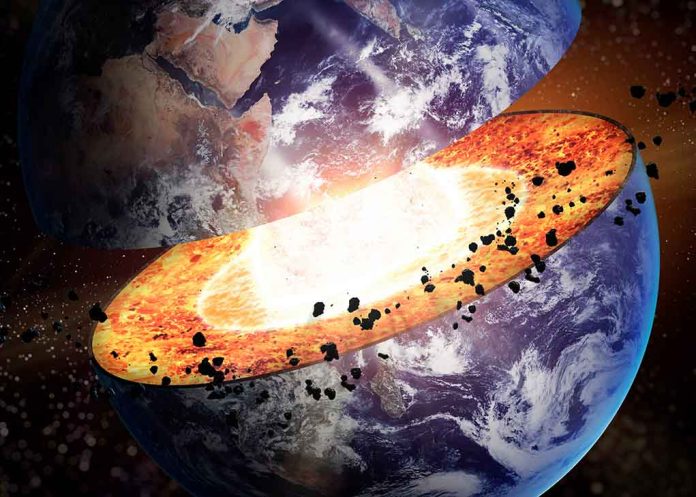 (ConservativeInsider.org) – The Earth is an incredible place. Scientists are constantly making new discoveries both above and below the planet’s surface. Most recently, they found an element that has left them puzzled.

Deep within the Earth is its core, and scientists have long believed it’s either a liquid or a solid. However, with temperatures reaching more than 5,000 degrees Celsius (over 9,000 degrees Fahrenheit), scientists aren’t able to study the actual core. Instead, they have used earthquake data to try to find out more. What they discovered is a weird mix of elements that can make the core both solid AND liquid, not one or the other.

A new study suggests the Earth’s core is in a superionic state, and here’s what that means pic.twitter.com/zQXYpqTGNI

On February 9, Nature journal posted a new study that describes the Earth’s core as a “superionic state.” Professor He Yu, the leader of the study, called the new discovery “abnormal.” According to the findings, there are “lighter” elements that exist next to both solid and liquid states. That includes oxygen, carbon, and hydrogen that are all around a lattice-like structure of iron.

Professor Yu believes scientists will need to conduct more studies to explain some of the other seismic features in the core. For now, the mystery remains: What exactly is going on in the middle of the Earth?