(ConservativeInsider.org) – On Tuesday, September 29, the first presidential debate took place and it was quite the showdown between current President Donald Trump and Democratic nominee Joe Biden. After the intense sparring match ended, our commander-in-chief declared victory over his opponent for a myriad of reasons.

During the debate, President Trump asked the former VP about his previous inability to act or take a direct stance on a multitude of issues. These included:

After calling out Biden on these topics, Trump praised his offensive strategy while speaking with voters at a rally on Wednesday, September 30:

Last night I did what the corrupt media has refused to do: I held Joe Biden Accountable for his 47 years of lies, 47 years of betrayals, and 47 years of failure. The whole nation saw the truth — Joe Biden is too weak to lead this Country! pic.twitter.com/8WepHOC0XN 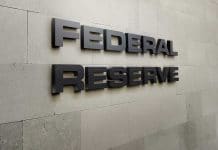