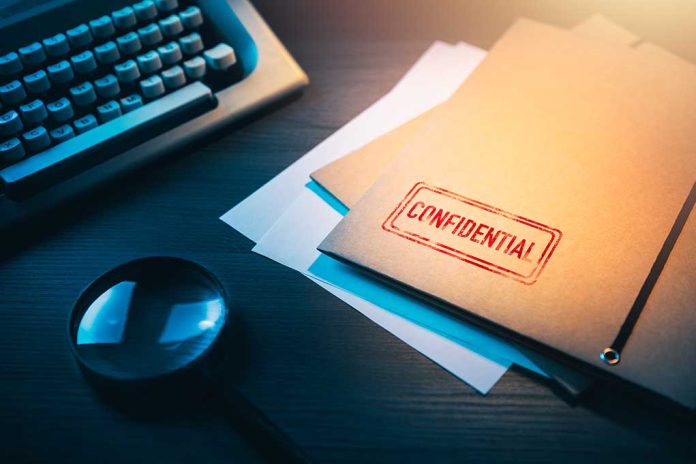 (ConservativeInsider.org) – While the US Customs and Border Protection (CBP) agency works around the clock to stem the seemingly constant flow of migrants across our border, there are only so many agents and resources to go around. Over the past two years, more illegal immigrants have been sneaking into America than in recent years, putting extra stress and strain on an already overworked team. One source within the agency just revealed how bad this crisis has become.

Speaking confidentially with Fox News, a CBP source disclosed there were at least 599,000 “gotaways” in the 2022 fiscal year, which ran from October 1, 2021, to September 30, 2022. This unique term is defined as people who unlawfully made it over the US border without being detected by a patrol. Officials estimate this number through video footage, sensor detection, footprints, and other signs of travel.

This statistic reveals that 200,000 more gotaways crossed undetected than in the previous fiscal year, which had 389,155. In total, there were almost one million of these incidents since the start of fiscal year 2021, which began just a few months before President Joe Biden took office.

Gotaways During the Trump Presidency

According to Fox News, former US Border Patrol Chief Rodney Scott once revealed in fiscal year 2020, which started and finished while former President Donald Trump was in office, there were only 69,000 gotaways, drastically less than anything that has occurred during the current administration.

Now, US communities are having to deal with the immense number of migrants, legal or not, flooding their towns and cities. Some Republican leaders are finding their own way of pushing back against Biden’s poor policies by busing or flying migrants to Democratic sanctuary cities like New York and Washington DC. However, Florida Governor Ron DeSantis recently made a bold move by sending migrants to Martha’s Vineyard.

The Policies That Led to This Crisis

Biden ended the Trump-era policy requiring asylum seekers to stay in Mexico while waiting for their court date. So, now these migrants get a free pass into the US as long as they promise to show up in front of a judge in a few weeks. Not too surprisingly, many never come to their appointment and simply vanish into the US.

The Biden administration is also aiding migrant advocacy groups. It has given $41.3 million in funds to The Acacia Center for Justice. The group is committed to assisting illegals, such as the gotaways, with avoiding deportation. These are just two small examples of how the POTUS is actually fueling this crisis. If Biden truly wants to stem the flow of migrants crowding our country, he should look at the changes that brought it about and take responsibility for them.