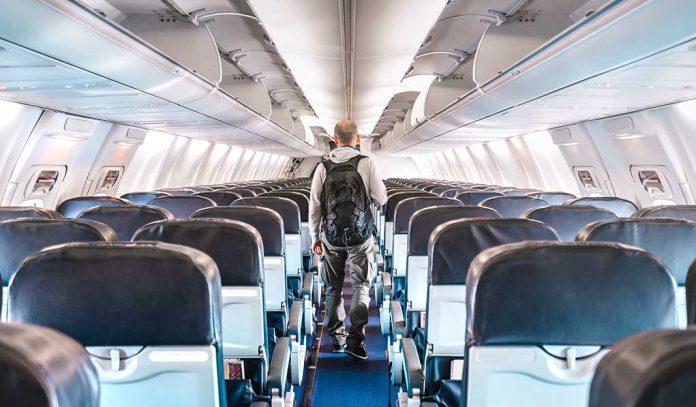 (ConservativeInsider.org) – Is President Joe Biden’s immigration policy putting us at risk of a repeat of the World Trade Center atrocity? That’s the terrifying claim being made by the nation’s Air Marshals. Their job is to keep flights safe, but Biden is redeploying them to babysit illegal immigrants.

What Are Air Marshals?

The Federal Air Marshal Service is a law enforcement agency run by the Transportation Security Administration (TSA). Its role is to provide armed security officers on passenger flights to protect them against hijacking and other crimes. Air Marshals are trained to recognize suspicious behavior and investigate crimes, as well as being extremely skilled marksmen.

They generally blend in with the other passengers on a flight, only making themselves known in an emergency. Formed in 1961, the program currently has around 3,000 qualified Air Marshals. Their secondary role is providing security on mass transport systems when there’s a high risk of a terrorist attack.

With around 44,000 domestic flights per day in the US, most of them won’t have an air marshal on board, but terrorists and hijackers know there might be one. That’s a significant deterrent to anyone who thinks of hijacking an American aircraft. Now, though, the Biden administration is watering down that deterrent.

On July 31, Breitbart News reported how the Biden administration has started using Air Marshals to support its immigration policy at the Mexican border. So, some of the best-trained law enforcement officers in the US are being used for menial tasks. Some jobs they’re doing include escorting illegal immigrants from holding areas to Customs and Border Patrol (CBP) custody, guarding hospitals, and carrying out welfare checks.

How many have been redeployed? It isn’t clear, but just one sector in Arizona has 30 Air Marshals.

On November 28, Sonya LaBosco, the executive director of the Air Marshal National Council, warned that the agency’s manpower had been “…decimated. We have been depleted.” According to LaBosco, less than 1% of flights now have an Air Marshal on board, and the situation is “just demolishing” the ability to stop another 9/11-style attack. Her colleague David Londo in an interview with the Boston Herald called the diversion of Marshals “irresponsible and dangerous” and accused the administration of “prioritizing the welfare of migrants over [Americans’] security.”

As Londo pointed out, we’re coming up to the busiest time of the year for air travel, and terrorists have struck twice before during the holiday season. Shoe bomber Richard Reid and underwear bomber Umar Farouk Abdulmutallab both attempted their attacks in December.

These holidays, the chances of an Air Marshal being ready to guard your flight are the lowest they’ve been in decades.