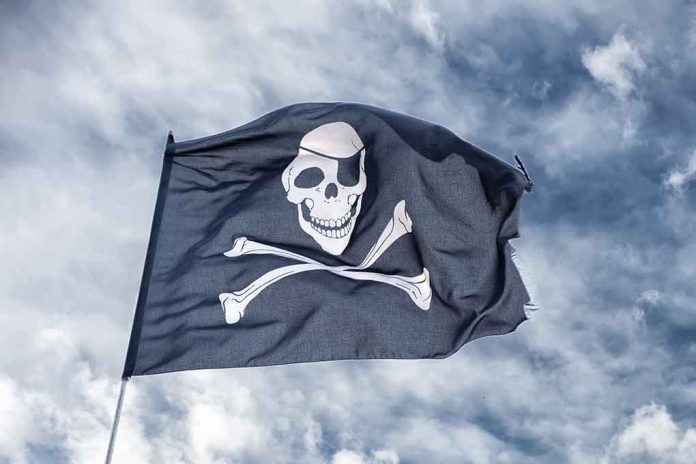 (ConservativeInsider.org) – There are a variety of ways for one country to pressure another. From sanctions and treaties to trade and debt, each of these policies can influence the relationship between nations. Now, one congressman hopes he can return the United States to engage in the practice of using pirates to send a message to their adversary.

Officially, the proposal would allow a US president to issue “letters of marque and reprisal” so private parties could seize said property outside of the US and its territories. Said property includes yachts, planes, and other assets from Russian citizens on “the List of Specially Designated Nationals and Blocked Persons.” Gooden shared his reasoning for the proposal on Twitter:

That's why I have introduced legislation to allow U.S. citizens to SEIZE yachts and jets of sanctioned Russians.

We must use every tool at our disposal to stand up to Russia and stand with @Ukraine!https://t.co/o6b61q4iHq

While the bill would allow privateers to steal Russian property, the bill has not made it past the Committee on Foreign Affairs. It is likely to stay there because international treaties have made most letters of marque illegal. But, Gooden is certainly thinking outside the box for new — or in this case very old — ways to pressure Russian President Vladimir Putin to end his horrific war in Ukraine.