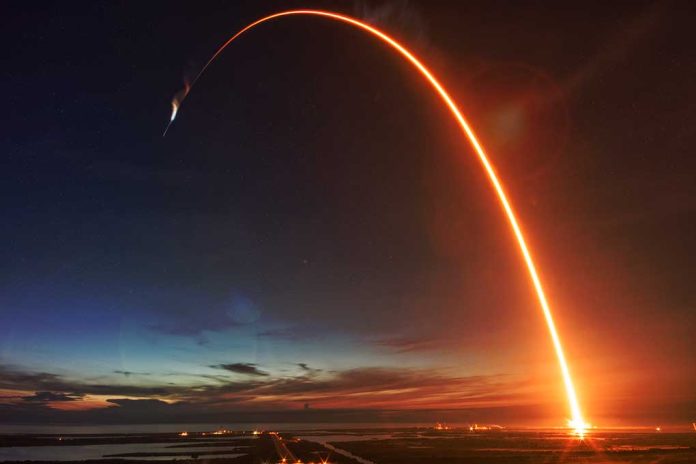 (ConservativeInsider.org) – The world stage is riddled with tension. Russia continues to attack Ukraine, China has been flexing it’s muscles over Taiwan, North Korea and Iran continue to refine uranium in hopes of producing a nuclear weapon, the list goes on. Now, in the midst of all this, the US has tested an unarmed missile as a show of strength.

On Tuesday, August 16, the Air Force Global Strike Command announced that it successfully launched an intercontinental ballistic missile (ICBM) as a demonstration of “the readiness of US nuclear forces,” including their lethal abilities and “effectiveness.”

The test occurred at the Vandenberg Space Force Base in California early Tuesday morning, and the unarmed Minuteman III ICBM landed in Kwajalein Atoll in the Marshall Islands, about 4,200 miles away. The missile has a range of over 6,000 miles and can go up to 15,000 miles per hour.

The United States military said on Tuesday that it had carried out a test of a Minuteman III intercontinental ballistic missile, delayed to avoid escalating tensions with Beijing during China's show of force near Taiwan earlier this month.https://t.co/uYPOamH3eb

Major Armand Wong, the Task Force commander, noted the test was scheduled for months and “not reactionary” to the current turmoil in the world.

While the US does test missiles occasionally, many such events have been canceled in recent months for fears of escalating tensions with Russia. However, this clear show of force encourages the world that the US is committed, ready, and fully capable of defending itself and its allies who come under attack.