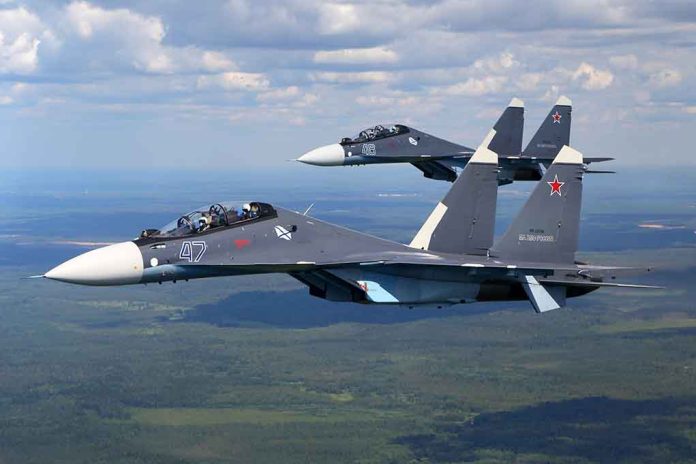 Putin’s Fighter Jets GO DOWN – New Report Reveals How Many.

(ConservativeInsider.org) – It’s been well over 100 days since Russian President Vladimir Putin ordered his troops to invade Ukraine. Yet, the defending nation is still fighting hard to keep hold of its territory and sovereignty. A new report from Ukraine’s Ministry of Defense detailed just how much damage its combatants have been able to deal to Russian forces.

On Wednesday, June 15, the Ukrainian Defense Ministry released a total number of combat losses from February 24, when Russia first invaded, until June 15. The report claims that Russia has lost 213 planes, 1,440 tanks, and 179 helicopters. In addition, Ukrainian forces “liquidated” around 32,750 troops and 722 artilery systems.

This announcement comes as Russian forces continue to try and take the city of Severodonetsk and the Donbas region. In Severodonetsk, there are hundreds of civilians sheltering underneath a chemical plant, hoping the city does not get fully cut off from supplies as troops continue to fight back.

The British Defense Ministry also reported on the war recently, noting that Russia continues to rely heavily on artillery to generate extensive damage in cities.

Find out more about the UK government's response: https://t.co/WxbRo1tEgH