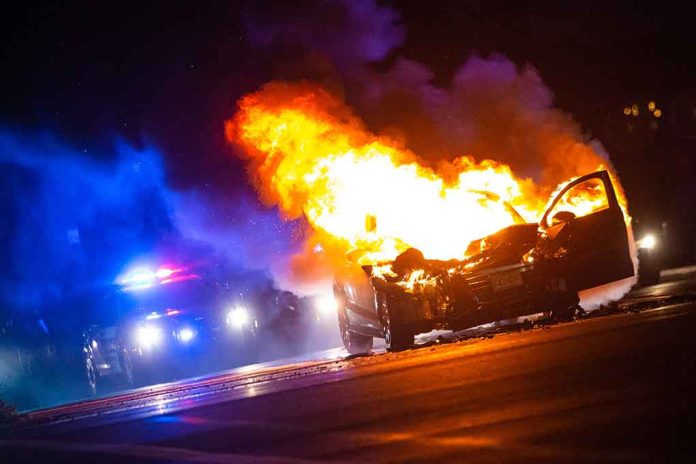 Assassination MYSTERY – Who Really Killed Her?

(ConservativeInsider.org) – Various prominent Russians have died this year under suspicious circumstances, and this week, a car bomb added another name to that list. On Saturday, August 20, around 9 p.m., a Toyota Land Cruiser belonging to Russian nationalist philosopher Alexander Dugin exploded, killing his daughter Darya Dugina, a pro-Putin television personality. While Russia blamed Ukraine for the violence, that is not the only theory.

On Monday, August 22, Rutgers-Newark professor of political science Alexander Motyl published an opinion piece with the news site 1945, claiming that a Ukrainian assassination of Dugina “makes absolutely no sense.” To begin, many people believe the car bomb was actually meant for Dugina’s father, who is often referred to as “Putin’s brain.” Motyl points out both would be pointless targets for Ukrainians who are fighting off Russians in their own nation. A Ukrainian attack likely would have tried for military targets in their own nation.

On the other hand, the professor, who is a specialist in Ukraine, Russia, the USSR, and their history and theories, noted the National Republican Army, a Russian group allegedly opposed to Putin, could be behind it. But, the army has not had any major moves lately, so such an assassination seems unlikely.

Who Would Want to Kill Daria Dugina? – https://t.co/WTeWsKX2yD

Lastly, Motyl proposed that the FSB, a Russian security services group with ancestry ties to the KGB, could have carried out the attack as a “pretext” for starting its own “domestic terror campaign.” This would allow the Russian government to use the assassination as a reason to attack Ukraine more and restrict freedoms in its own nation in the name of “safety.”

While the perpetrators of the car bombing have not been identified, one thing is clear. There are several groups who could have done it.