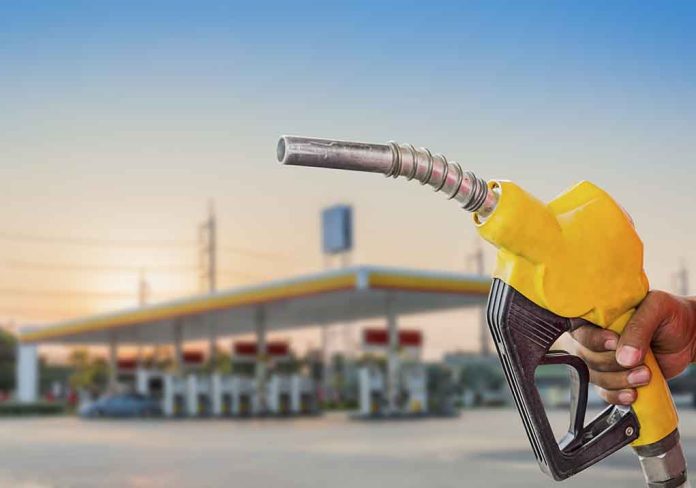 (ConservativeInsider.org) – This spring, Americans saw the price of gas skyrocket as Russian President Vladimir Putin invaded Ukraine and numerous oil refineries remained offline in the US. After months of filling up a car and putting an enormous strain on the budget, those days may be coming to an end for the time being. While this doesn’t change much about the inflation that is hitting Americans in just about every aspect of life, it is a nice break for the holiday season.

As experts continue to warn of a looming recession, Americans are cutting back on spending, which means fewer vacations and extra trips to the store. In turn, they need less gas to get around. This reduced demand is making an impact across the globe, including in China and Europe, pushing prices down. In addition, US refineries have been churning out oil after months of being offline due to repairs.

Breaking News: Gasoline prices in the U.S. are now lower than they were a year ago, driven down by reduced global demand and tumbling oil prices. https://t.co/BBSpxIXVm7

According to AAA, the national average of gas on Thursday, December 15, was $3.193, which is more than $0.50 lower than the month before. In southern states like Texas, Louisiana, Georgia, and Missouri, the average price is under $3, while a few states on the west coast, like California and Washington, are still seeing prices over $4 a gallon.

While these numbers are expected to continue going down for a few weeks, they are sadly the only prices predicted to come down anytime soon.