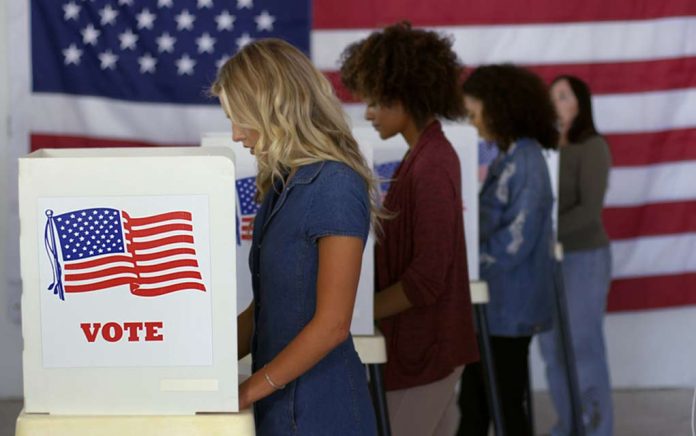 (ConservativeInsider.org) – The United States stands out amidst the world’s democracies as the only nation that uses a body of electors, chosen by voters, to determine the president.

Article II of the Constitution details the qualifications and terms for presidents and how they are elected. The 12th Amendment modified the process used by the Electoral College to choose the president and vice president.

How We Elect Presidents

Presidential elections begin with candidates campaigning throughout the country to win favor with party members.

Party members cast secret ballots in primary elections held by state and local governments. The political parties themselves conduct caucuses in some states, like Iowa. Party members openly discuss the candidates and cast their votes at the end of caucus meetings.

Next, each party holds nominating conventions to formalize the party’s choice for presidential nominees. Each state casts its delegate votes based on the primaries and caucuses. Typically, nominees formally announce their selection for a running mate during the convention.

Then, the candidates campaign around the country to earn the general population’s votes until the day before the election. Presidential elections are always held the first Tuesday after the first Monday in November.

Eligible voters in each state cast their ballots for president. However, they aren’t voting directly for the president — they’re voting for electors.

The Electoral College is the final step in the election of presidents. Each state is assigned electors based on its representation in Congress.

Voter ballot counts are used to determine how each state’s electors vote. The winner for 48 states and Washington, DC, get all their state’s electoral votes. Two states, Nebraska and Maine, use a proportional system to assign electors.

There are 538 electors, and the candidate who receives 270 electoral votes or more wins the election. If no one gets enough votes, the House of Representatives chooses the president from among the top three candidates. However, that only happened once, in 1824, with John Quincy Adams’ election by the House.

Disgraced FBI Leader Calls for Conservatives to Be Seen As “Terrorists”

Nancy Pelosi Has Episode, Struggles to Speak for Many Seconds

Stacy Abrams to Run for Governor